My entry to the official Westworld Scoring Competition by Spitfire Audio and HBO.

What’s the Competition About?

In May, Spitfire Audio hosted a Westworld Scoring Competition in collaboration with HBO. They provided a scene of the third season of Westworld without the music track but with all effects and dialogue. The task was then to write and produce new music for this scene. Eventually, the entries – or at least the best ones – are judged by the show’s composer, Ramin Djawadi, as well as the creators: Jonathan Nolan, Lisa Joy, Executive Producer J.J. Abrams and the team at Spitfire Audio. The winners will be announced at the end of June.

Although producing music is an interest of mine for almost 10 years now, I’ve never written music for film. So I’m happy about any kind of feedback here or on Youtube!

I took the opportunity to create a new YouTube Channel running with my own name. I’ll use it in the future for any kind of work of mine, be it music, videos or anything else that comes to my mind. I’m already gathering ideas on how to use it, so go ahead and subscribe! 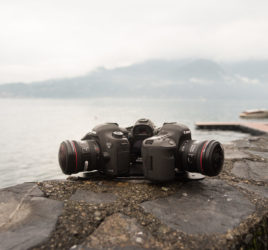